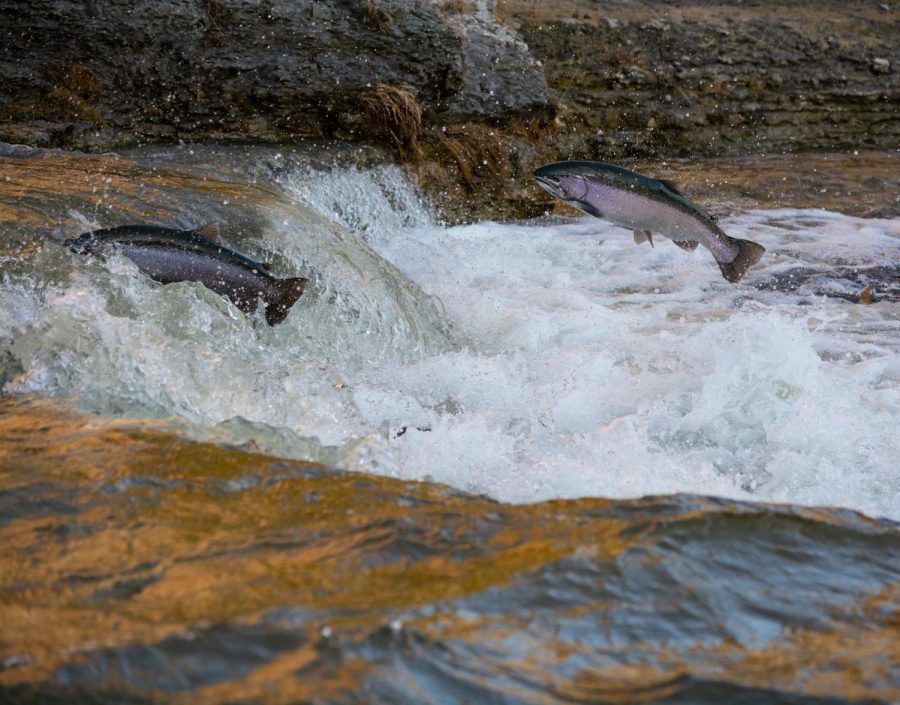 As the salmon make their long and hard journey up the lakes and rivers where they were born, they face a long and difficult journey. Salmon travel hundreds upon thousands of miles and, they face many predators. Salmon are amazing animals.

The salmon eventually all make what is referred to as the salmon run. The salmon run is when sockeye salmon and all the other salmon go upstream to the lakes and rivers where they were born. They travel hundreds of miles but they face obstacles on the way like bears, eagles, wolves, salmon sharks, sea lions, pine marten, weasels, humans and trees. The salmon don’t give up on their journey; they keep swimming and swimming. The salmon are incredible creatures because they are born, then they live in the ocean for seven years then they come back and live in freshwater to lay their eggs.

The salmon like to lay their eggs in clear water, so the eggs are easy to find. When salmon are nesting, they dig a little hole called a red.  The male digs the hole and then the female lays the eggs  then the male’s fertilize them. Then the salmon bury the eggs and they swim off. After they lay the eggs, all the adult salmon that have completed the journey die.

There are many different types of salmon in the world like sockeye salmon , the koho salmon, pacific salmon, pink salmon, king salmon and chinook salmon. All these salmon travel upstream during the fall. Every 4 years the salmon migrate to where they were born. Each salmon attempt to completes a different journey, but most of the salmon doesn’t make it. There are three thousand of each kind that make it upstream. In 2009, the salmon population went down and in the nineteenth century the salmon fishing cause a huge dip in the fish population.

Pink salmon travel the shortest distance and the Yukon river salmon travels the farthest. The biggest salmon is the king salmon.“When we were in Door county we saw four beached salmon and when we were with our grandma we saw salmon jumping up a waterfall” says fish fan William.

If people choose to fish for salmon, the need to be careful. When fishing, people should be aware of other animals because eagles, bears and other  animals are fishing for salmon as well. Fishing for salmon is  both hard and fun. First of all salmon put up a good fight. Plus, they are big fish, so though it’s fun to catch big fish, it can be trying. Fishermen will need a thick rod second and the right lures and gear. Then, they can head to a local river with their tackle box and a net.